That’s how Orphan X answers the phone every time someone calls his encrypted number. On the other end of the line is someone with nowhere else to turn, someone being terrorized at the hands of others, someone in desperate need of Orphan X’s highly specialized and dangerous skills.

Orphan X (aka Evan Smoak) understands what it means to have nothing. Abandoned as a newborn, he bounced through the foster care system in East Baltimore before being pulled out at the age of twelve and trained as an assassin in a full-black, full-deniability government program. His handler and father figure told him, “The hard part won’t be making you a killer. The hard part will be keeping you human.”

But keep him human he did. After neutralizing targets on six continents—drug lords, human traffickers, dictators—and becoming a legend in the shadow service, Evan broke with the Orphan Program and went off the radar.

His name is whispered in the corridors of power. He doesn’t just know where the bodies are buried; he buried most of them himself. His stories have been translated into thirty languages.

“Can we have your help?”

The Do You Need My Help? Fund is there to provide immediate direct crisis relief for people who are on the verge of falling through the gaps in the safety net here in America.

Many folks are right on the financial edge. Nearly half of Americans cannot cover a $400 emergency. This fund is designed for small donations, generally between 1k-15k, to help them get back on their feet.

As the fund is a 501c3, all donations are tax deductible.

We ask for your help, no matter how small.

Because anyone can be a hero.

After Orphan X completes a mission, he asks his client for only one thing: to find someone else in need, someone who might escape his notice but who they would see.

In this spirit, once Do You Need My Help? provides aid, we ask the deserving recipient to pick someone else to give $250 dollars to, a final act of empowerment.

An unhoused couple and their sick newborn baby were in trouble

Three months ago, following a chain of unfortunate events, the family found themselves on the street.

For this couple who, until recently, had steady work, it was the perfect storm. After their car broke down, the new father lost his job because he couldn’t get transportation to the workplace. They spent all their savings moving to more affordable housing, but then got evicted.

The situation became more serious when their baby was diagnosed with an RSV infection. The family needed a roof over their heads while they figured out what to do next. Fortunately, a relative gave them a small loan so they were able to stay in a nearby hotel for two weeks. Their stay at the hotel was nearly up when they reached out to Emily Partin for support.

Partin, co-chair of our Grundy County 3142 taskforce, really wanted to help. However, churches were no longer paying for hotel rooms and other avenues of funding weren’t viable. Through her position with Catholic Charities, Emily enrolled the parents in their food service program and helped them apply for food stamps. Essential first steps, but not enough. The parents still needed assistance to pay for the hotel until their baby’s health improved and their situation became stable. So, Emily paid out of pocket for their hotel until making a request from the Do You Need My Help? Fund. We’re grateful to be able to help see the family through this difficult time.

There are reasons to hope. While the mother breastfeeds and tends to her baby, the father signed up with the American Job Centers, which offers career counseling, job listing and other employment- related services. His long term goal is to become active military or law enforement. For now, he was just hired to work a factory job, which starts this week. The struggle has lessened but it’s not over: Until the transportation issue is resolved, the father wil be relying on his sister to get to and from work, which is 30 miles away. Our support continues. The family is applying for addition funding from DYNMH and we’ll be here to help them thrive. 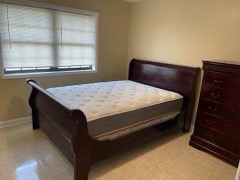 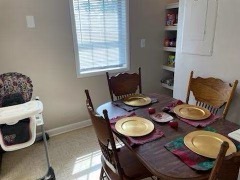 Partnering with Millions of Conversations’ 3142 Program, which aims to place experts in economic development and community building in each of America’s 3142 counties, the Do You Need My Help? Fund will rely on our on-the-ground leaders to direct donations to the most deserving for maximum impact. This ensures that the cycle of charity occurs at a local level and reinforces the values of giving and gratitude within that community.

CAN WE HAVE YOUR HELP?